Honour, A story
of the ​Blackfoot
​The Second book in the series, up against the Mountains

Honour, A Story of the Blackfoot 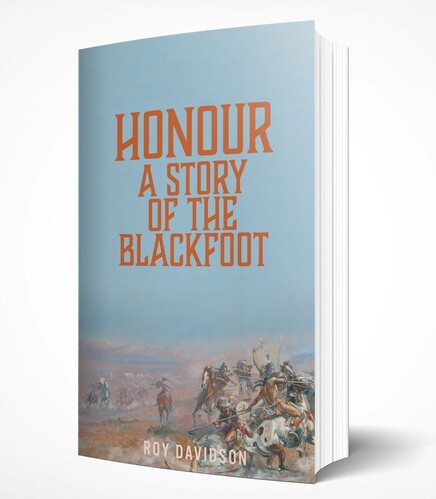 Honour was more important than life itself, and for a Blackfoot boy to gain honour, he needed to be successful in warfare.  The raiding parties and the horse capturing were their way of life.
​
Unable to participate in such pursuits, Sun Shines on Him is feeling more and more isolated.  The things through which he and his brother are expected to find satisfaction are no match for the honour and glory given to their peers, returning from war.  Determined to make a name for himself, Sun Shines on Him steals away in the dead of night.
​
Born Blackfoot, and somehow related to Sun Shines on Him, Looks to the Mountains has spent five years in the East, among the whites, before tragedy motivates his family to return to the West.  More tragedy on a Missouri River steamboat means that Looker will spend the next three years among the Crow, bitter enemies of the Blackfoot.  Immature and naïve, Looker is an adolescent when he is hurled into the warfare culture of his people.  Influenced by his years among the whites, and the Crow, he must find a way to fit in.
​

available in the summer of 2021